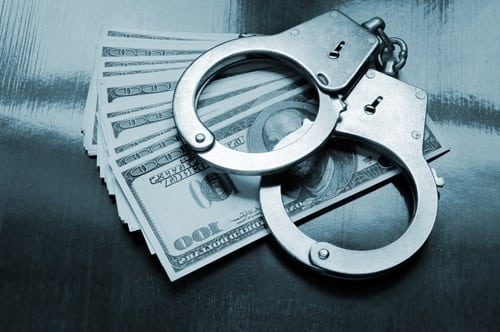 Get arrested and you may be introduced to the often Draconian bail process. Someone going to jail for their first time may not know what goes into bail, how it gets paid and how a bondsman can help. Even for the well-experienced — or frequent flyers —  who have been locked up before there may be some things which remain unknown.

If this is your first time to post bail, here’s your Bail 101 Course. Simply put, bail is the dollar amount a judge required in payment to get out of jail and spend time at home while waiting for a court date. Bails purpose is to make the defendant accountable for keeping any court appearances and refrain someone from skipping town in a hopeless attempt to avoid justice.

If a person can’t afford bail, then the defendant has to wait in jail. There is a third option. Hire a bail bondsman to post bail. For a portion percentage of the bail amount, a licensed bondsman can often have a defendant out of jail and home before the ink on the arrest warrants dries. Some bail bondsmen even offer payment plans.

Bail bonds are a private lending service which may have restrictions in some areas and under some circumstances.

Paying Bail On Your Own Isn’t Always the Best Idea

Paying bail in cash is a long-term investment which could wreck a person’s financial standing. There is less financial risk in allowing a bondsman to pay the bail.

If a defendant uses their own money to cover a bond which is valued at $20,000, then that defendant is at risk of losing the entire amount should they desire to disappear and not keep a court appointment.

Bondsmen typically charge 10% of the bail amount, + administrative fees, for their services.

Does Everyone Need Bail?

No. Not every arrestee needs bail. Depending on the circumstances an individual can get out of jail “based on their own recognizance.” Not everyone gets lucky. To qualify for this type release, the defendant must be a first-time offender, charged with a non-violent crime and seen as a low risk for skipping town.

Most persons believe that getting release on bail means all they have to do is keep their court date. There may be more.

A defendant may also have numerous court dates, be required to enrolls in a drug and alcohol program, or see their movement limited to the boundaries of a specific city or state. If the defendant does not honor their responsibilities, then the person who signed for the bail will risk losing their offered collateral to the bonding agency.

If you or a family member have been arrested, know there are options when getting them out of jail. Contact 24/7 Bail Bonds to have your questions answered and have the options explained.