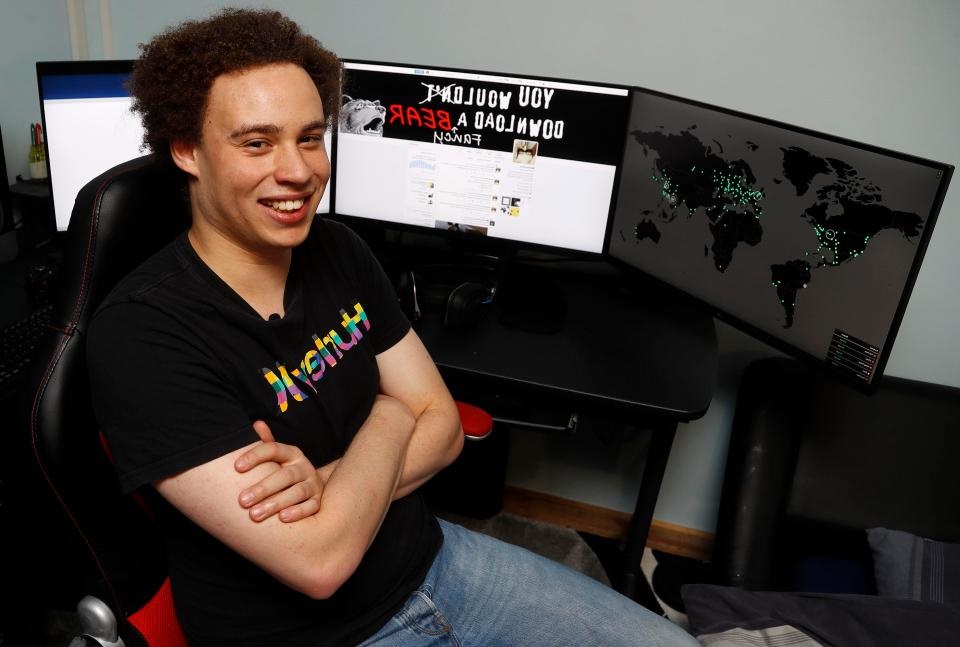 Marcus Hutchins, a famous British hacker, was detained by the Federal Bureau of Investigation in Vegas as he was at the airport about to go home to the UK. Hutchins, we, was indicted for producing a malevolent software, Kronos, used to swipe login information from targeted computers.

Donned in a yellow jail jumpsuit and orange sandals, Hutchins was in Federal Court in Vegas for a hearing to determine his detention status.

Hutchins indicated to law enforcement that he was the creator of Kronos which is still around.

Lobo told the judge  Hutchins was not a threat to the area, had a clean record in England and handed over 16 letters from relatives and friends who supported Hutchins.

Judge Koppe granted Hutchins bail request and added a few restrictive conditions such as home confinement and giving up his passport. Hutchins is also barred from any device which may connect to the Internet.

In May, Hutchins was globally recognized after finding a kill switch that helped stop the WannaCry ransomware attack, which affected hospital networks and government agencies in more than 150 countries, according to a previous U.S. government alert.

How is Bail Set?

Only in the movies do defendants need an attorney to get the bail. In real life, a person can either post bail personally or call a bail bond service. A person can be bailed out by relatives or friends as well.

The judge looks first at the seriousness of the alleged crime. Bail will depend on factors including a defendant’s past criminal record, their job status and if they have close ties to the community.

Will a person’s funds be returned? That’s delimited by the manner in which covered. If a cash bond is filed or another bond for the entire cost, when the matter is resolved, considering the individual has met all requirements, the bond is released and returned.

As most people don’t have cash waiting about for a bond, most people work with a bond agent. The company is managed by the state insurance department, so the detainee is, basically, buying an insurance policy guaranteeing their appearance in front of the judge.Notwithstanding what happens in the case— if released, charges dismissed or innocent,  a person doesn’t get the money returned. The bond agency gets their cash, but the portion given does NOT get recovered.  It’s the price of working with the bonding agency.